The USS Enterprise Command Bridge model has always been extremely popular among Star Trek fans world wide.  The model was originally released in 1975 by AMT Corporation and saw a reissue for the 25th anniversary of the series.

Many of us who are now in our 40's and 50's had the original issue as kids and were satisfied with the overall layout of the model and thrilled with its colorful but inaccurate decals. The decals were improved greatly for the ERTL 1986 reissue, but the model itself retained the major flaws which have disappointed many fans and collectors over the years.

Modifications for the 1st & 2nd Pilot are also available. 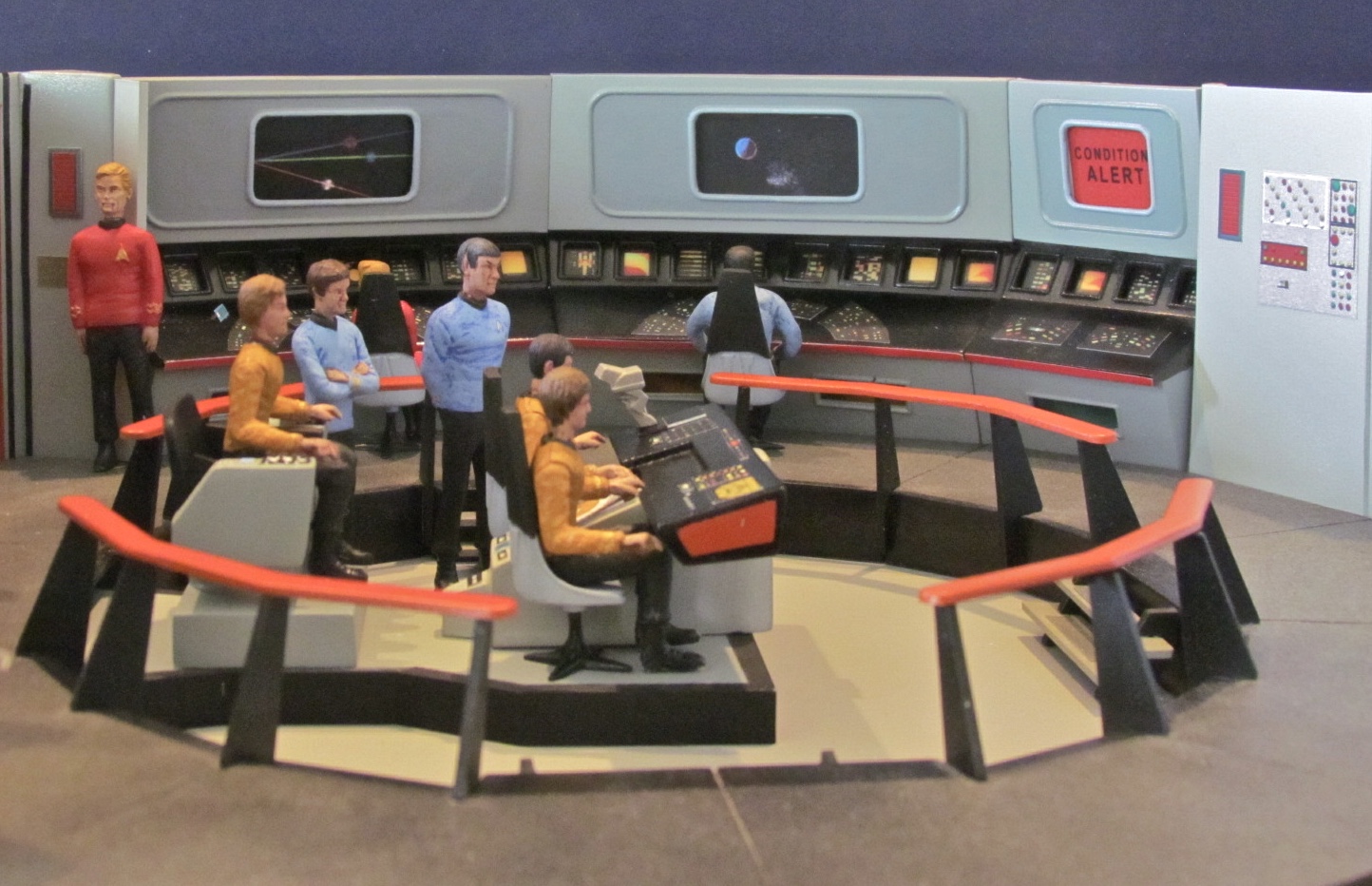