MISC. PLANET OF THE APES 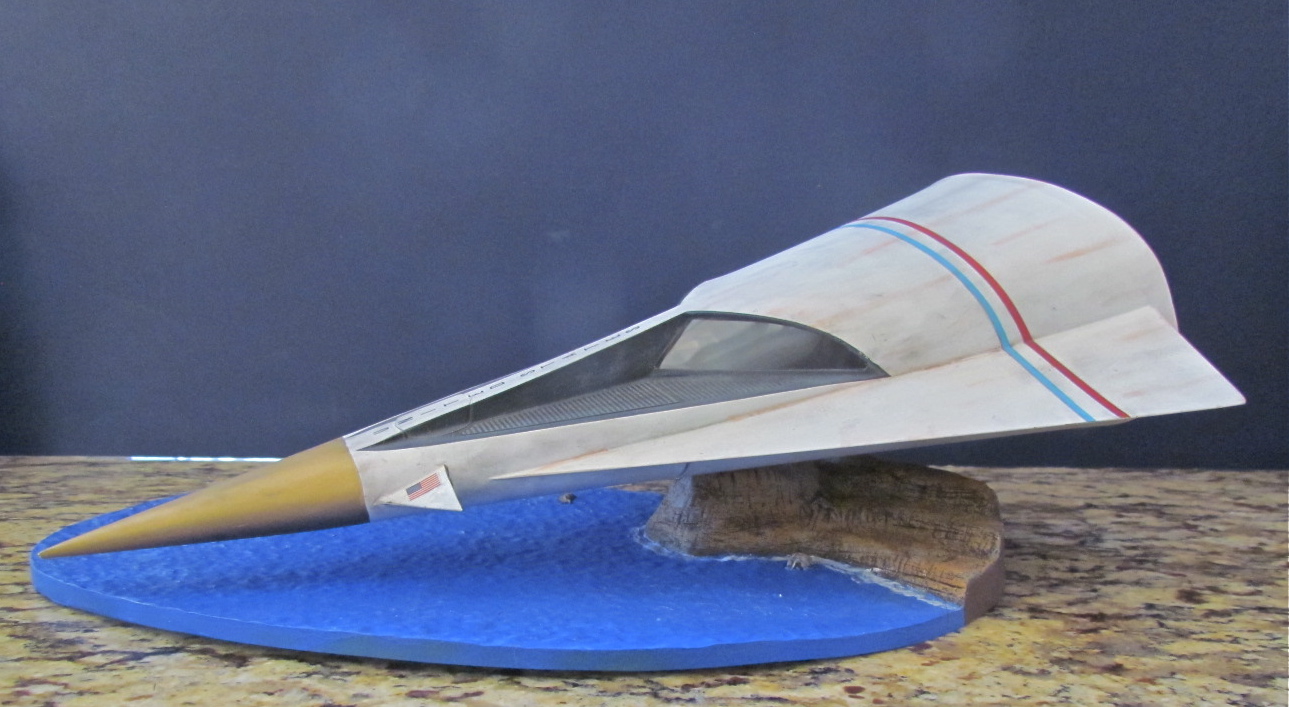 Beneath The Planet Of The Apes Crashsite Diorama

When we were contacted by a client to create an accurate large scale diorama depicting the crash site from the opening scenes of Beneath The Planet Of The Apes. The client supplied a 10" long pre-painted wood spaceship model and a publicity still from the film to use as a guide.

The first part of the project was to extend the rear portion of the spaceship with sheet plastic. After this was applied, it was torn, holed and shredded with a fiberglass cutting wheel and router bit on a dremel tool. When a satisfactory "damaged" look was achieved, additional sheet plastic was shredded with the dremel to simulate additional interior sections of the spaceship which were torn away in the crash.

The next item to be built was the large cone shaped section behind the main fuselage. The piece was scratch built using a plastic showerhead extended with a piece of PVC tubing and a couple plumbing fittings. After a couple coats of black primer, the part was "dressed" with corrugated sheet plastic to achieve the proper texture. The landing legs were taken from a Polar Lights Lost in Space Jupiter-2 model. The sides were covered with sheet plastic to cover the irregularly shaped openings. The piece which resemble a construction crane was formed from lengths of brass wire and soldered together. These were connected to the top landing leg by a piece of aluminum tubing. A smaller exhaust cone made from another plumbing fitting was attached to the inside of the larger rear cone.

The spaceship model was heavily weathered using paint and pastel chalks. The added sections were painted flat black and weathered with a combination of pastel chalks and paints applied with a dry brush and a variety of sponges.

The base started as a piece 12" X 24" piece of plywood. Layers of heat formed styrofoam were added on top of the wood and a space was cut to accommodate the spaceship. Once the opening was checked for a proper fit, a mix of white glue and water was applied to the styrofoam and several different shades of sand were sifted onto the base. After several applications, the base was set aside to dry for a few days. When the sand had dried and completely set, the spaceship was attached to metal rods with a hot glue gun. Sections of wood molding were attached to sides of the plywood and a nameplate was added.

After the model was placed on the base, it needed some extra items to complete the overall look. After viewing the movie on DVD, I decided to add a debris field and some figures. The remaining 2 landing legs from the Jupiter-2 (as used in the construction of the full sized mock up in Beneath the Planet Of The Apes) were modified and placed in position with a hot glue gun. Additional "crane" pieces were constructed and broken up with a wire cutter. The landing gear struts were bent and painted and added to the base. Additional pieces of torn "metal" were painted and added to the base. 2 miniature fire extinguishers were built using plastic and brass rod. Small pieces of bare metal foil were placed around the middle after they were painted and these were glued in place outside the spaceship.

While searching through several boxes of spare parts, 2 extra Lunar Models Lost in Space figures seemed to be the correct scale for the project would become Astronaut Brent and his mortally wounded "Skipper". The John Robinson figure was painted to represent "Skipper". After the uniform was painted white and weathered, a small "ANSA" insignia, name tag and American Flag were hand painted. "Skipper" was then placed in a lying position on a silver/grey blanket formed from epoxy putty. Don West was transformed into Astronaut Brent. The figure was cut off at the knees and modified into a kneeling position with superglue and small bits of epoxy putty. After his beard was added, the same treatment was given to Brent's uniform.

As a life long Planet of the Apes enthusiast, it was a pleasure to create this unusual and challenging project. 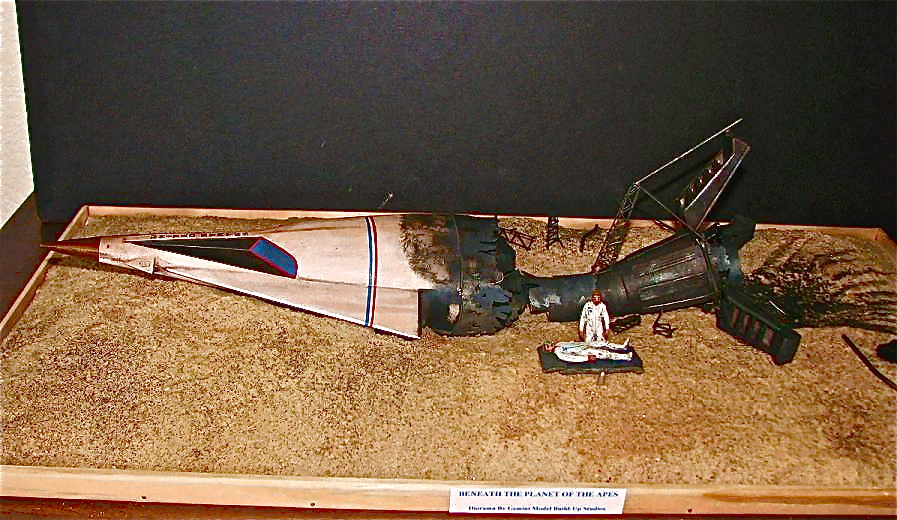