ADDAR PLANET OF THE APES

The original  Planet Of The Apes figure series was produced by Addar between 1973 and 1975.

The Polar Lights reissues shown in this gallery have been customized and are available with the upgrades or straight from the box.  We can also use the "Movie Colors" as shown or "Box Art Colors" if you prefer.

Custom features include the following:

*Cornelius - Accurate "ape feet" have been sculpted to replace the original open toe sandals. Additional tunic stripes have been added.

*Dr. Zira - The beard has been removed and the surrounding area resculpted to more closely resemble Kim Hunter's character from the first 3 Planet Of The Apes films.

*General Ursus - "Glyphs" have been added to the studded collar and give a more accurate look to the costume.

The Stallion and Soldier was released in 1975. It is the final issue and the rarest of the Addar Planet of the Apes series. Based on the opening scenes of Battle of the Planet of the Apes, it depicts a rifle wielding gorilla soldier on horseback. Sadly, this model was not reissued by Polar Lights under the Aurora logo in the 1990's. 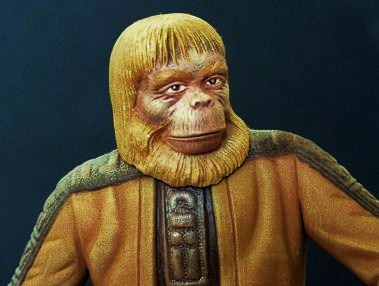 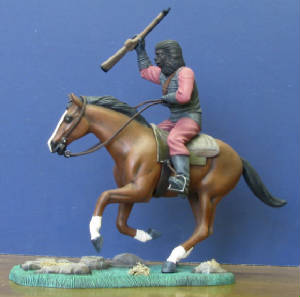